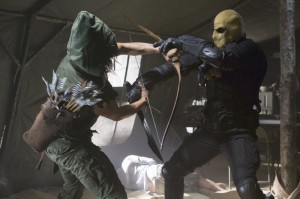 The fifth episode of Arrow, titled “Damaged,” is a very highly anticipated one, as it features the first appearance of John Barrowman as “The Well-Dressed Man” as well as a terminator named Deathstroke.

The CW today released some images from the episode, which is scheduled to air on November 7, kicking off “November sweeps.” It’s also proof that the show is going to continue to be… well, hitting the target. 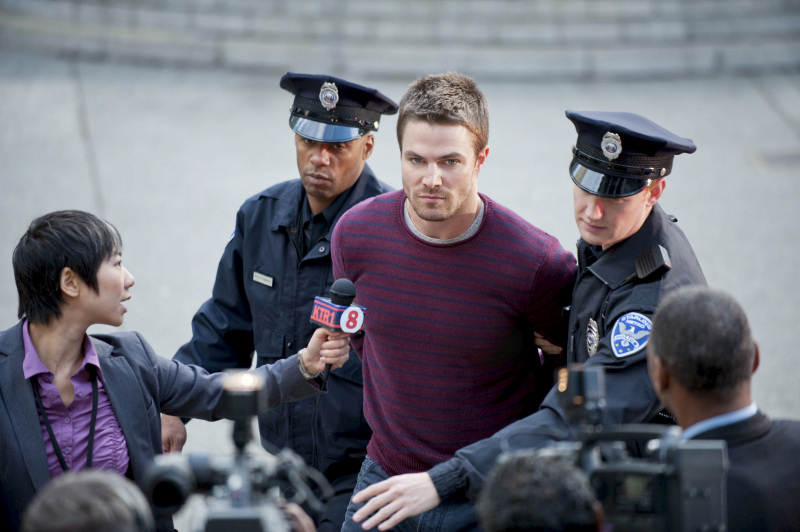