On Twitter this afternoon, Arrow Executive Producer Marc Guggenheim posted the title page of the script for the ninth episode of Arrow Season 2.

It’s called “Three Ghosts.” The story is by Greg Berlanti & Andrew Kreisberg, the teleplay is by Geoff Johns & Ben Sokolowski, and, oh yeah, Barry Allen (The Flash) is in this one too, as played by Grant Gustin.

Look for the episode most likely to air in December. 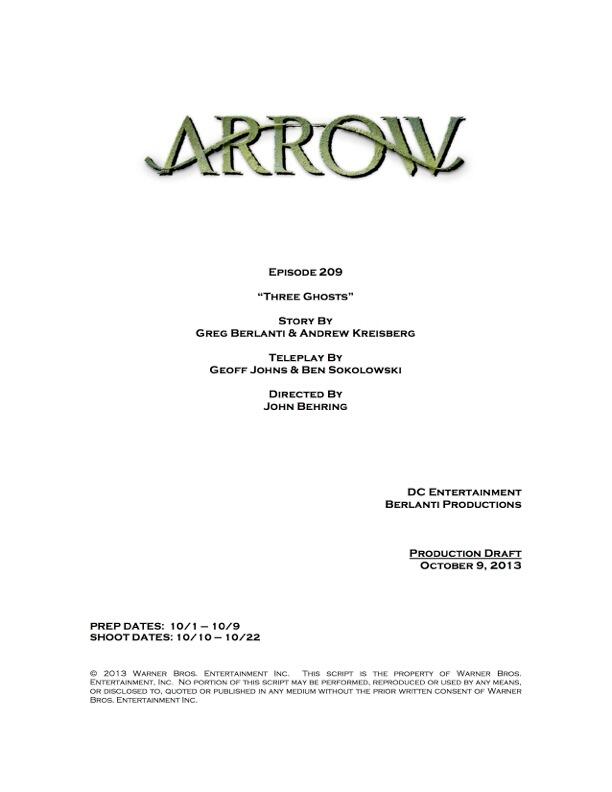