Are Deathstroke & Amanda Waller Now Off The Table For Arrow? Marc Guggenheim Answers

Following a screening of next week’s Arrow, titled “The Fallen,” Executive Producer Marc Guggenheim participated in a Q&A session with reporters where, among other things, he gave an official answer to speculation that characters like Deathstroke were now off the table for use on the show, which some had speculated due to the Suicide Squad film that is coming. 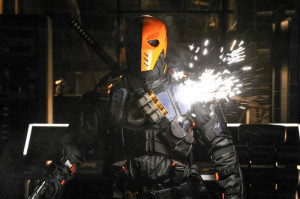 “I haven’t been informed that he’s off the table,” Guggenheim told us. “We have Slade Wilson ideas, and we talk about it… I know that Manu [Bennett] is shooting another TV show in New Zealand, so there are some practical things, but he’s not off the table, at least as far as I’m aware.”

On a similar note, Amanda Waller’s absence in Arrow has already begun to be felt, with the character making only sporadic appearances in comparison to what fans might have expected from the Hong Kong teaser at the end of Season 2. 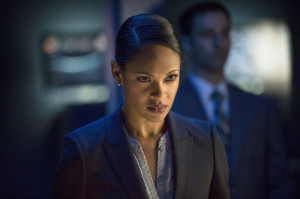 “Amanda’s not off the table, either,” he confirmed. “Cynthia is wonderful. She’s a great actress. The challenge that we had with her this season was that she was first on a show called Texas Rising, and then once that finished, she went over to a movie called The Accountant, and Arrow was always in second position because she’s not a series regular. So, you probably felt us working around her availability. But we love her, and we have a story idea for her for Season 4. Anything’s possible.”

A new Arrow airs this Wednesday, April 22, and new episodes continue through the season finale on The CW. Stay tuned for more from Guggenheim as the episode gets closer!