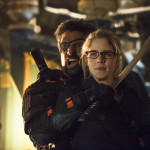 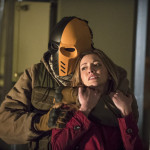 Somewhere along the line during Arrow Season 2, fans became even more passionate when it comes to picking their favorite or least favorite female on the show.

Now that voting for the guys has ended, it’s time to vote for the best actor among the ladies. The four nominees are series regulars on the show only, which means people like Caity Lotz, Katrina Law, Celina Jade, or Summer Glau will show up in guest star categories, despite appearing in multiple episodes.

That means you have Katie Cassidy, Emily Bett Rickards, Willa Holland, and Susanna Thompson to choose from. Unfortunately, both Slade and Dr. Ivo say you can pick only one.

Awards results will come at the end of the summer.